Yukari is one of the most popular girls at school thanks to her looks and extrovert personality, which made her have lots of admirers. Despite this, she doesn't have any close friends since she is scared of forming close relationships and prefers to maintain everyone at an arm's length. Still, she is often seen outside during the day with her school friends, and later on she starts hanging out more often with her dormmates too, forming close friendships with Makoto, Kotone, Mitsuru and Fuuka. Once Yukari is close to someone she is pretty playful and teases her friends at times.
Since she speaks what is on her mind and is cold towards new people due to her fear of attachment she may appear a bit intimidating at first, but in reality she is actually very kind, especially to those around her, worrying often about the SEES' members well-being and trying to cheer them up.
During school, she practises archery. She also has a strong sense of fashion and likes shopping; sometimes she can be seen reading a fashion magazine in the dorms at night, took Kotone shopping to buy matching chokers (P3P) and asked to pick up outfits for Aigis (P3D)
Yukari is very determined, having no problems going to the back alley to find out what happened with Fuuka and being the first one in the group to firmly decide she wanted to fight Nyx.
She has a crush on Makoto, which made her a bit bitter towards Aigis at first. Makoto is also the only male character she is close to (she hangs around with Junpei too, but aren't exactly friends, even if they care about each other)
Fun facts: She's scared of ghosts, her favourite flowers are gerberas and her panties are pastel pink. 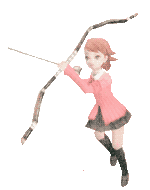 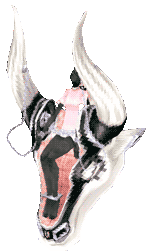 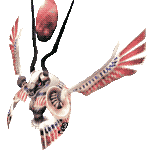