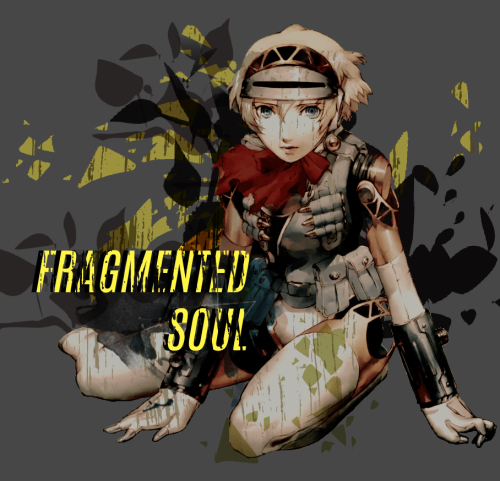 I'm 100% sure once Aigis started to malfunction a bit while neither Fuuka or Mitsuru were in the dorms & Junpei just suggested to put her on rice. The rest of the group was like "umm don't think that's gonna work 😶....." but they still ended up buying enough rice sacks to fill up the bathtub & put Aigis in there. She was very confused.
I think food that is way too hot would still melt her insides, but her warm tolerance is most likely way higher than humans'. So she's able to just drink boiling drinks and just go "..tea :)" meanwhile people who don't know she's a robot observe her in horror.
People at the dorms have definitely put stickers on her at least one. That or magnets. Fuuka would put post-its on Aigis' body with reminders or important stuff while she was making repairments.
Aigis has senses build in, but only ones that would help to detect shadows:
When you think about it, Labrys & Aigis are both the big sister & lil sister at the same time...
If we go by when they were created Labrys is obviously the big sister, she was built a year before Aigis. But if we go by how long they have been alive, Aigis has been conscious for WAY longer, (during her testing, the moonlight bridge accident, July 17th 2009 until now, 2 years and a few months (and counting) VS. Labrys's around half a year) so it would make her the big sister too.
It's something I think about lots... Does the moment you have been brought alive matter in that regard if you barely have experienced anything after it? Is Labrys actually the baby one?....
Not Aigis, but I think that the 1st (n maybe the 2nd too) gen units had transparent bodies since it was a very early testing + they didn't have the leather covering made yet
I wonder if Aigis dresses herself up or if she needs someone to help her? In the CD dramas and PQ it's shown she has trouble with fine motor skills....
Since Aigis' vents are on her ears/headphones, if you lay her on your lap n clean her fans w compressed air that's like her version of cleaning her ear wax...
Ever since Aigis found out cat purrs can help/calm humans down, she just sits down next to people who are feeling bad & starts to play purring sounds thru her speakers/voice synthesizer.
She would do that almost exclusively with SEES and people who know she's a robot because well.... others would find it weird lol. But!! I think she takes advantage of her synthesiser & plays funny/animal sounds to entertain little children! I'm sure she's good around kids ^^
Since Aigis is the 7th generation unit I headcanon that each gen has a different image color, one for each color of the rainbow. Aigis is yellow, Labrys is cyan... maybe the 6th gen robot had green hair...
I never understood why Aigis started to lose the capacity to understand Koro when she awoke the wild card. She said all she was doing was to interpret Koro's body language, her knowledge of what each movement means should still be there, it's not reading his mind or anything... Even if her knowledge of it was more advanced than most people's, I think it's something anyone can learn.

Random pics/posts that reminds me of her & my dumb edits 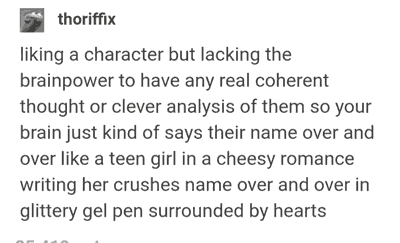 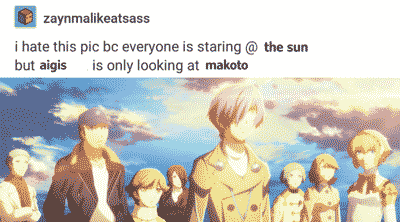 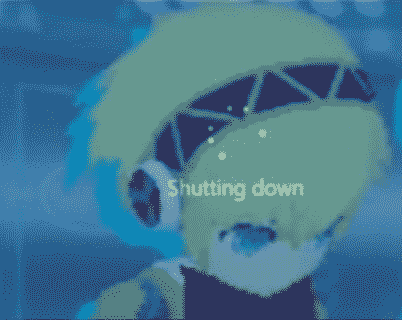 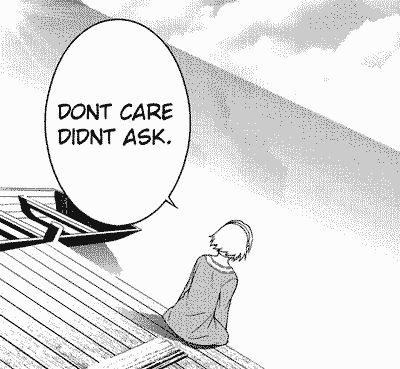 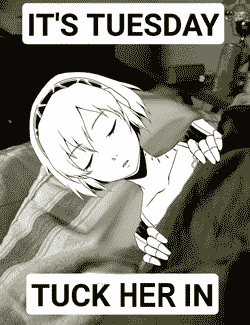 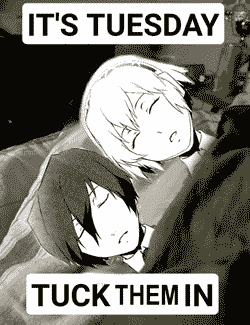