Magician's Quest (nchanted Folk and the School of Wizardry in Europe) was a game released in 2008 by Konami on the Nintendo DS. It received 2 sequels, two on the DS and one in the 3DS, thought all three of them stayed japan-only. In the west the game barely got noticed, most people called (and still call) it an ''animal crossing rip-off'' or simply ''animal crossing with magic'' and left it at that without even trying the game. Both of these names couldn't be more wrongt thought.

In the outside, Magician's Quest might look pretty similar to Animal Crossing: you, a human, arrive at a tiny town habitated by different creatures; you can fish, catch bugs, plant flowers around town, befriend your neighbors.... but that's all, and just by the surface.
Meanwhile AC sets you in a (comparatively) realistic town & invites you to live a normal daiy life, decorating your town and house just like you would do in real life, MQ sents you to a fantasy world, where you can wake up one day and find out that some townspeople have suddently vanished. Or that you have to enter hell to help cerberus to find its child. The usual stuff, you know.

With that disclaimer done, let's talk about the game itself! 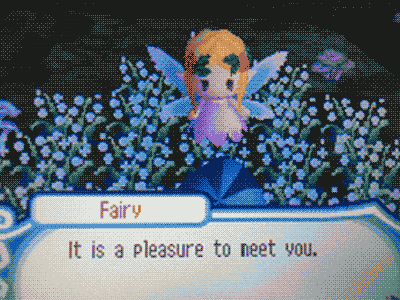 In Magician's Quest you're a human who moved into the dorms of a magical town in order to be a wizard. You live in a room on the dorms (but you can use 3 more, they're for extra players but anyone can enter the rooms and move/add stuff) and attent school everyday. The coin is named Ritch and you get them by fishing & catching bugs (which none of them exist in real-life, by the way) & selling flowers and mushrooms to the herbalist. With the money you can buy clothes, furniture, ingredients for spells, magic brooms you can ride.... But the real high-light of the games are the villagers & mysteries!

MQ counts with villagers of all sorts, not just animals. And when I mean all, I mean All. You can get stuff like bats, dessert-themed girls, mobile phones, cute TV robots, aliens, vampires... and even villagers who share the same species can have different models! Plus villagers count with 14 different personality types! You attend classes with them, hang out around town, participate in small school & town events, and even date them! They will also help you around... the mystery quests!

The mystery quests is what really differenciates this game from other life-sims! The day after you enter the mystery time (an hour where the town turns... all weird. The color of everything changes, even stranger creatures appear in town, skeletons awake...), a creature, usually a mytological being, will visit your town. They carry all sorts of request & can do what they want in the town, some of them are peaceful while others not-so much. Your mission is to hear them and complete their requests, in which you will need to use your magic for different stuff, visit new places, bring them specific items, reunite them with someone else....

I'm not the best comunicating what I think, but if you like life-sims but want one that shakes its formula a bit, Magician Quest is the game for you! It's a nice game to play a bit every day, the villagers are super funny and the mysteries are fun to solve!

By the way... when I first started playing I was a bit lost on how to actually play the game, so here's a small list of how to advance in the ''story'':

The legendary Starfy are a series of plataforming games develoved by TOSE for the Game Boy Advance and Nintendo DS. There's five games in total, but only the last one managed to be released outside Japan, and only in US. It will be the one I will talk about here, since it's the only game og the series I have played so far. 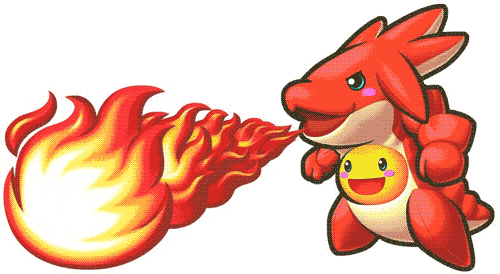 You know, the first time I heard ''underwater plataformer' I got really scared considering how much I (and lots of other people) dislike the water levels in plataformers due to their chunky controls. But I'm glad I gave Starfy a chance, because it's completely different to the water levels we are used to and it's actually fun to play.
The game's story is pretty simple: the little starfish prince, Starfy, and his clamp friend, Moe, fall to the sea from their sky palace when Starfy went after a mysterious rabbit. Together they help the bunny to recover his lost memories as the same time they try to recover some crystal shards precious to him from the hands of an evil trio. The story is presented in little comic book-like custcenes.

The gmae itself is pretty easy, more or less on kirby games' level. But that doesn't make it less fun! The real challenge is to find every collectible: there's hidden doors to secret levels, hidden minigames, clothing for both Starfy and Starly (his sister), tons of diary notes written by the game's characters.... All of them are hidden in each level and it was so entertaning to try find them & how to reach each chest.
And talking about the gameplay, you play aes both Starfy and Starly, each one with slightly different abilities. The levels alternate between underwater and ground maps, thought both of them are played similarity. You unlock abilities as you play the game, but the main ones are jumping and spinning to attack/swinm faster. Also you get animal costumes abilities! Aside from looking super cute, each one has special moves

In short if you like games where you have to explore, give this game a chance! Aside from having a super good character design, I had so much fun trying to find every treasure chest, and the underwater mechanics were super curious as well! 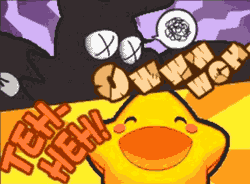 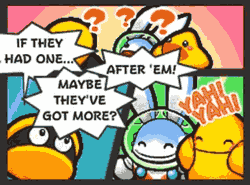