Mitzy and Gayle from Pixel Friends, they're two of my initials villagers from ACWW and ACNL respectively. 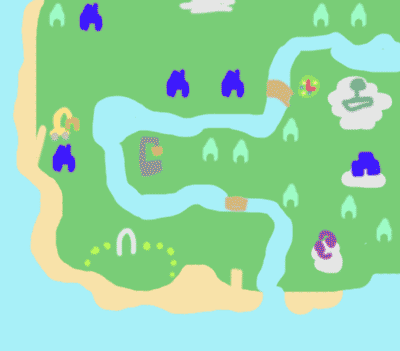 My first ACNL town!! My parents surprise gifted me it for summer break ^^ Sadly I once erased my 3DS SD data without backuping it, so I lost all the pics I had of the town.
I pretty much remember the map tho! I think we had no custom designs around, except for a few pokemon pixelart I drew. The town flag was a Mr. Saturn. My house is the right one and Lucas Mother3 lived at my left. My sister lived in the south and for some reason she decided to put an excavator behind her house. My irl friend also wanted a house even tho she barely played, but she's the one at the north.
There was a flower arch with some brushes around where I attempted to make a balcony. I also put a well on the river curve & a flower clock next to the plaza.

This is where I met

O'hare! He was my bestie in this town. It was so cool to see one of the islanders from ACGC return plus he had a new personality type! Even after all my town resets I still keep his pic today.
This town lasted a year, the map was difficult to work with & my sister wanted another town name, so we deleted it (1st original town I deleted and not regret it lol)

Despite playing in this town for years & being my longer-lasting town, I barely remember anything from it! This is where I met

Pietro, now my 1st and 3rds favorite villagers! I still keep Muffy and Pietro's photos today ^^ I wasn't able to get Fuchsia's because my sister didn't know I loved her, so she let her move out AND on my birthday lmao I was so angry when I woke up on my bday to her leaving.
I lost the pics of this town too, but I managed to save a few from my Miiverse acc scraps. 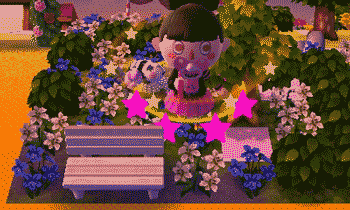 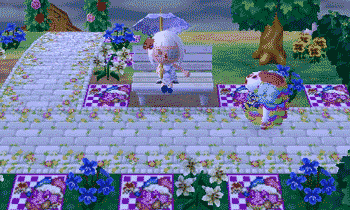 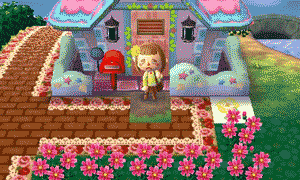 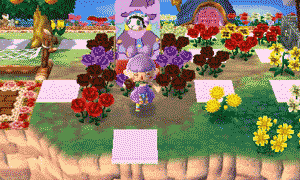 The only parts I remember are the entrance (first two pics), my sister's house (Muffy & Fuchsia lived in front of it, on a line) and

Tiffany's house, which I filled with pink flowers and built the luminous heart. 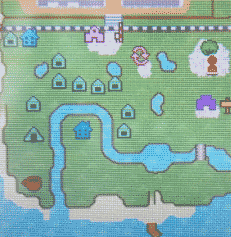 For Christmas I gave my sister a copy of ACNL so we didn't need to share towns! Since I was back to being SUPER into Professor Layton, I named my town after the town from the 4th game, and my characters Aurora and Flora.
I'm surprised at how lined the villager houses were! My house is the one between the river, I removed the bridges to it so you had to pass thru my garden to get to it, I closed everything with the flower arch and some bushes and trees. At the left of my house I was recreating the market from the PL game, from the bit I can remember it was turning out nicely! The rest of the town was pretty barebones.
I don't regret deleting it, but I kind of miss this town actually... It carried me thru high school and my crush loved to visit it, I even had her house streetpassed. This was also the 1st town were I decided to only have female villagers.
Again, I lost the pics but I could save a few: 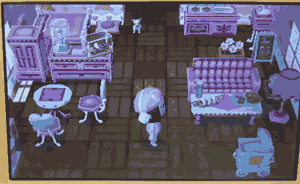 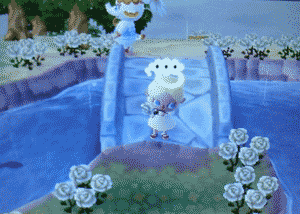 My house (feels familiar? it's pretty much the same as my ACWW one!) and the only bridge in town. 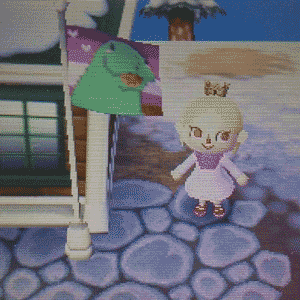 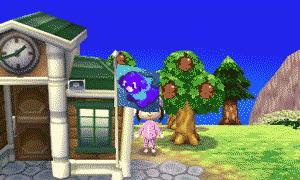 The first and last town flags. I made the popplio one myself! 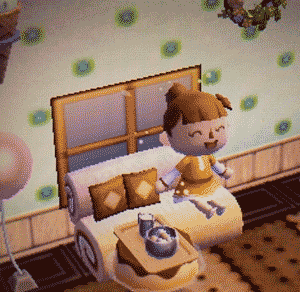 Flora on her house + my flag variations. See, at that time I wasn't out to anyone (I'm still closed to my family, but tbh I think at leasy my sister figured it out) so everytime my sister or friend visited to my town I changed the flag to the one without the lesbian background xD 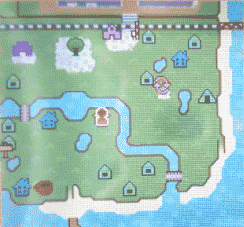 After a while I stopped being fixated on PL and so wanted to change the town & players' name, and that's how Blush happened! This time around I wanted the names to be unlinked to any game so I wouldn't get tired of it after some time and reset the town again. I *feel* I had a town before this one (or between Bostezo and Misthallery) but I don't remember it.
I couldn't decide on a single aesthetic, so I made the top half pastel pink and the lower half orange/autumn-ish. About the villagers,

Sprinkle live next to each other and are girlfriends. Now that Sprinkle isn't in town Skye ended up obsessed with me.

Joey are mother & son! Joey lived in front of Blanche and left the town once he grew up.

Marshal is actually the evil twin of my sister's town's Marshal. And talking about my sister,

Tutu was a villager I adopted from her.
I don't have pics of the pink part, but here are a few of the orange one. Yet again, pics of this town were mostly deleted too. 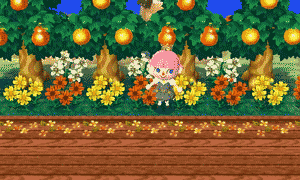 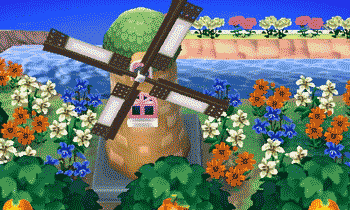 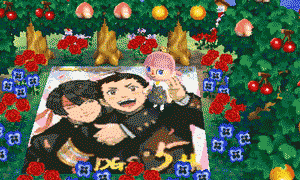 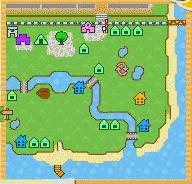 You may be wondering "why is Gatito's map almost the same as Blush?". The answer is... because they're the same town! When I hacked my 3DS I checked if I could edit my ACNL town and I could! After 8 years the game felt like new again, so I decided to remake my town now that it was easier!
I barely played on Blush, so I could've just reset it again, but since I liked the map I didn't see a point on that. My goal for this town is to make it FULL pink. Pink flowers! Pink paths! Pink villager houses!
The town and players (Michi, Kitty, Aigis, Labrys) names are all written with a heart! Also the passport pics got custom pics too.
Here are some pics, the houses are a WIP so I will update when I finish them! 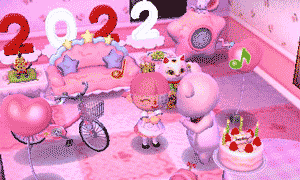 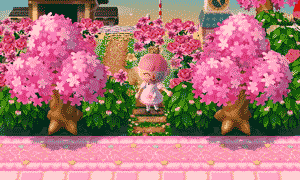 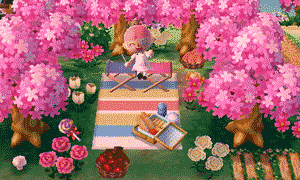 As you can see, the town looks better on spring for obvious reasons. I wish the trees stayed green like in ACNH in winter tho, the snow looks cute with the pink!